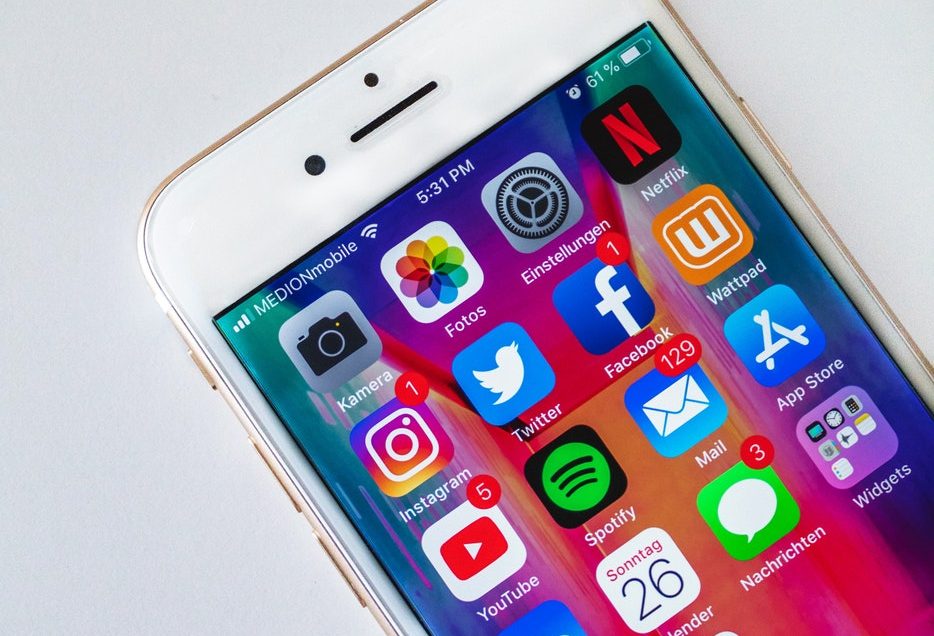 Social media is taking over the world, as an estimated 2 billion people around the globe use social networking sites and 80 percent of Americans have at least one social media profile.

The average American has five social media accounts and spends an hour and twenty minutes a day browsing their networks. Twitter, Facebook, Linkedin, and Instagram are among the most popular social media sites, while Snapchat and online dating sites such as Tinder and Bumble follow closely behind. Even pets now have their own Facebook and Instagram accounts; you can follow your favorite Fido the Dog at the quick click of a button.

We are constantly in the rat race, trying to post the best videos, photos, and status updates to receive the most likes, follows, or comments. However, underneath the social media craze, we are actually trying to brag and showcase our best moments of our lives even when we may be living in misery. We live in a world where we constantly compare our lives to others and oftentimes do not take time to recognize our triggers, defeats, challenges, accomplishments, and endeavors because we are so busy trying to present ourselves in the best form possible. We don’t take a moment to unwind, take a deep breath, and disconnect from the world. Rarely do people post their daily struggles on their social media accounts, partially because we are driven by society to showcase the best parts of our lives and not our struggles.

Social media sites enable people to connect with each other no matter on which continent or in which time zone they reside. Although it allows people to stay in touch with loved ones around the world, can social media become an addiction? Does portraying your life on the Internet falsely boost self-confidence?

Chances are you will be checking your Facebook newsfeed when you wake up in the morning; it has become a daily routine for many. Studies have shown the impacts of positive reinforcement on the brain from participating in social media. In fact, participants in a well-known study demonstrated stronger activity within the brain’s nucleus accumbens when they received positive feedback about themselves than when they saw another person receiving positive feedback.

Let’s face it, positive reinforcement is difficult to resist and can lead people to become addicted to Facebook or other social media sites. Status updates and photos on social media often present an idealized version of that person’s reality.

The motivation for instant gratification, and the idea that bigger and better can achieve happiness, influence what people share on social media sites. It takes our brain less than a second to decide whether we want to swipe right or left on a dating profile, simply based off the other individual’s appearance or whether we want to like a friend’s post on Facebook simply based off a picture. If we are not instantly overcome with pleasure then we will simply move on to something that is more gratifying, hence why we “swipe left,” “unfollow,” or “unfriend.” This can lead users to constantly compare themselves to others and think less of their own lives, potentially leading to negative feelings such as jealousy or low self-esteem.

It seems that teenagers are affected the hardest. Research studies have shown that teens who use social media for more than two hours a day show tendencies toward a mental health disorder such as depression or anxiety. Although a direct causality has not been shown, the evidence does show a correlation between social networking and depression in teens. This may go back to the theory of instant gratification and low self-esteem or may be due to the rising issue of cyberbullying, which often occurs on social media.

“It could be that teens with mental health problems are seeking out interactions as they are feeling isolated and alone,” states Hugues Sampasa-Kanyinga, M.D., the study’s lead author.

Social media can bring people from different worlds together. The connectedness and friendship that sites such as Facebook provide can be life-changing, especially when your loved ones live far away. The downside is that technology has changed today’s relationships and, as a result, face-to-face interpersonal skills are disappearing among people. At the end of the day, keep in mind what matters most: connecting in person, human touch and lasting, authentic relationships. Don’t get bogged down by the popularity of Facebook statuses or Instagram photos, as that truly can become addicting. Better yet, set aside a specific amount of time per day or per week to unplug from social media or make it a habit to disconnect from technology when you go on a trip or go out to dinner. Maybe even only go on social media via a desktop or laptop and delete the apps from your phone. There are so many ways to prevent the “social media blues”; you just have to create boundaries if you truly want to find happiness. #letsunplug