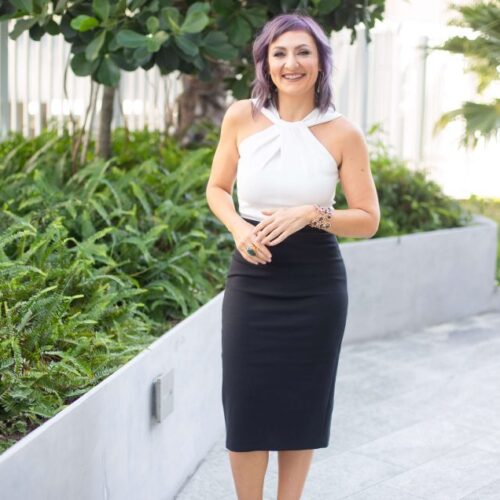 Jessica Casucci is the founder and CEO of Mt. Olympus Performance Group, a firm that provides high-impact science and research-based executive and performance coaching to women. She was born on Jan 1 in The Bronx, New York and was named after her mother’s favorite song. Since then music has been in her blood and growing up she was always dancing around, playing with animals and climbing on things. Many, many years later… you can still find her dancing at any time of the day, playing with her three rescue pets and finding new physical and spiritual mountains to climb.

With 18+ years’ experience as a corporate attorney, Jessica managed teams of 100 individuals becoming 1 of only 2 women nominated for the 30% Club Mentorship Program and created and ran not one, BUT TWO, successful $20m+ practices. After struggling to climb the corporate ladder and reach the level of success that she hit, she became increasingly passionate about helping other women develop strategies for faster acceleration in their careers that would leave them feeling strong, supported, and excited, rather than burnt out and depleted. Because while she was successful, she did it in the unhealthiest way. After many, many years of working 70 plus hour weeks, living on crap food, drinking too much caffeine, and having a ton of nicotine and vodka, she hit her breaking point. Almost 80 pounds overweight, suffering from insomnia and digestive issues, she was cranky (to put it mildly) and becoming a person she didn’t recognize. So… she worked from the outside in, losing weight through yoga, cross-fit and dance, learned about whole-person integrative nutrition, and broke out of an unhealthy relationship.

This, along with her experience as a high-level corporate executive and former financial advisor, inspired her to create Mt. Olympus Performance Group, helping other women with their own mountains to climb. When she isn’t coaching, she also can be found sharing inspirational stories of everyday women doing bold, brave and badass things on her podcast, Boldly Spoken.

Jessica is a licensed attorney with the state of New York, Certified Integrative Nutrition Coach, Certified 200- RYT Yoga, Hot Yoga and Buti Yoga instructor, who also donates her time as a volunteer for iMentor, and was formerly on the Board of My Sister’s Place, a shelter and agency devoted to helping victims of domestic violence and human trafficking in New York.

When she isn’t making playlists filled with deep house, 90’s hip hop and a bit of David Bowie for good measure, she’s hiking, playing with her rescue pets Orion, Finn & Nyx and cooking family-style meals for the people she loves.