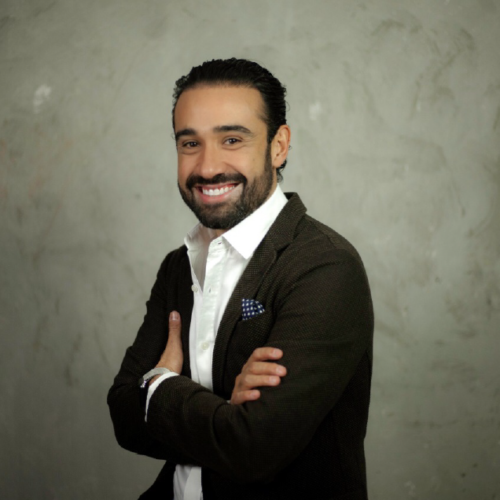 Jorge is an Attorney-at-Law who focused his practice in the HR function, he studied at Escuela Libre de Derecho, the most prestigious law school in México. He graduated with honors and received an award for being the best of his class. He obtained a Master of Laws degree at the University of Pennsylvania, and a certificate in Business and Public Policy at Wharton Business School. He also obtained an MBA degree at IPADE Business School, in which he was ranked top ten of his class; he also participated in an International Exchange program at CEIBS (Chinese Europe International Business School) in Shanghai, China. More recently, he participated in a program called “Interpersonal Dynamics for High-Performance Executives” at Stanford University, and in a program called “Advanced Finance for Senior Executives” at Harvard Business School.

From the professional perspective, he served as Partner in the labor department of Baker & McKenzie, the largest law firm in the world, in which he worked for 11 years and earned several distinctions (i.e. one of the youngest partners of the firm at 29 years of age). As partner of the firm he was responsible to coordinate the LATAM Labor Practice Group.

He also served as Regional Director of Human Resources at Allergan, a pharmaceutical company owner of Botox patent, with operations in more than 80 countries. Under this capacity, he was responsible of all HR matters in Latin America, in countries such as Argentina, Brazil, Colombia, Venezuela, Chile and Mexico.

He served during almost five years as the Chief Human Resources Officer of Cinépolis. He was responsible of all HR and Labor matters worldwide (i.e. Mexico, Brazil, USA, United Arab Emirates, Chile, Spain, India, Colombia, Peru, Argentina and Central America), serving more than 38,500 employees, leading a team of more than 500 HR professionals. Jorge’s strategy had three components: Talent, Leadership & Culture. He transformed the conventional learning platforms with a L&D project called “Harvard ACT”, in association with Harvard Business School, he also implemented two cultural transformation projects called “Amazing Service” and “We are all Cinepolites” in association with Disney Institute. In the 2015 International Convention of the company, he obtained the “Best Director Award”.

In March 2017 Jorge joined THE WALT DISNEY COMPANY / ESPN to serve as Diversity, Inclusion & Wellness HR Sr Director, a position based in NYC. Under this capacity, Jorge was responsible for all Diversity, Inclusion and Wellness matters globally, to help the company creating an inclusive and diverse environment in which everyone contributes with their potential. He was also responsible to lead the Wellness team of the company, and to re-design the Wellness strategy, focusing on three main attributes: Presence (Mindfulness), Activity & Good Eating.

He is co-founder of Wharton-Penn Club México, he is member of the 2014-2017 Harvard Business Publishing Corporate Learning Partners’ Advisory Council, and more recently, he integrated the World Economic Forum Mexico Gender Parity Taskforce. He is professor in three of the most prestigious Universities in México: IPADE Business School, Escuela Libre de Derecho and CIDE (Centro de Investigación y Docencia Económicas).

In 2015, Jorge received the “HR Executive of the Year” award by AMEDIRH, the most prestigious HR Association in Mexico part of the World Federation of People Management Associations. Jorge also founded “Éntrale” an association to hire people with disabilities, leading the 49 HR VPs of the Mexican Business Council (“Consejo Mexicano de Negocios”). In 2017, Jorge was awarded by Harvard Business Publishing with the gold medal of the “Brandon Hall Award” in the category “Excellence in Leadership Development”. In 2018, he was invited by Harvard Business Publishing to participate as invited professor and facilitator in the HBP International programs.

During his professional career he participated in several forums, seminars, symposiums, as SPEAKER, in more than 100 events all over the world. In 2016, IPADE wrote a case about his achievements in Cinepolis, and the creation of the “TLC Factor” Concept. This case was shared with more than 1,500 participants of MEDE, MEDEX, AD1 and AD2 programs. This year TEDx invited him to participate in his first TED Talk, with the Topic: “In which fear did you discover you were courageous”.

In 2019, he became Co-founder of Delivering Happiness Mexico, and his goal is to help other companies in Mexico and Latin America to reinvent the concept of work, and allow human flourishing.